During the winter break, I traveled to South Africa with Wild Tomorrow Fund, a nonprofit I co-founded last year with three other passionate conservationists. I was lucky to be able to stay at a research camp in the furthest, most remote corner of Tembe Elephant Park, bordering Mozambique for two nights of our trip. What we are fighting against at Tembe is an urgent crisis repeated across South Africa and globally: the illegal wildlife trade. During the trip, I spoke to many conservationists and rangers about rhinos in particular, and the immense poaching pressure that threatens their existence as a species after 15 million years on this planet. It’s a heartbreaking story, and one I don’t think there is enough awareness of. It’s a similar story for elephants too – currently they are being killed for their ivory tusks at a rate of 35,000 per year. By the time you finish a SUMA class, 8 more will be gone: yes, that’s one every 15 minutes. With only an estimated 400,000 elephants remaining in Africa, that gives them only a decade or less. How can we allow this to happen? 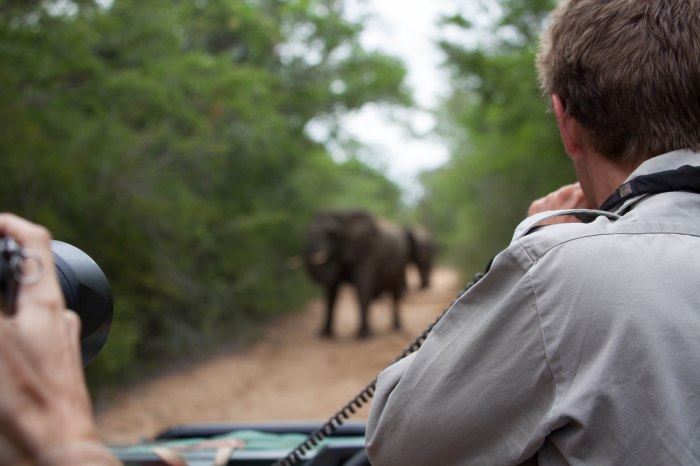 From where I stayed, the border of the camp and Mozambique merged into the same blue dot on my iPhone’s google map. Mozambique, one of the poorest and least developed countries in Africa, is an easy target for Asian criminal syndicates who tempt young men to risk their lives by crossing the border and pulling the trigger to kill a rhino. The small income they stand to earn per horn will put food on the table in the absence of alternative escapes from poverty. Former President of Mozambique, Joaquim Chissano, said last year that over 500 poachers have been killed in the past three years while poaching in South Africa. They are sent back in cheap pine boxes, leaving behind grieving wives, children and deeper poverty.

The African rhinoceros is under immense poaching pressure in South Africa due to it being home to the largest population of rhino on the continent, approximately 20,000 in total. South African National Parks reported that in 2013, 13 rhinoceros in South Africa were killed for their horns.  The count in 2014 increased to 1,215: in percentage terms that’s an exponential and unsustainable 9000% increase. At this rate, after 15 million years of life on this planet, the humble rhinoceros could be extinct in less than two decades. 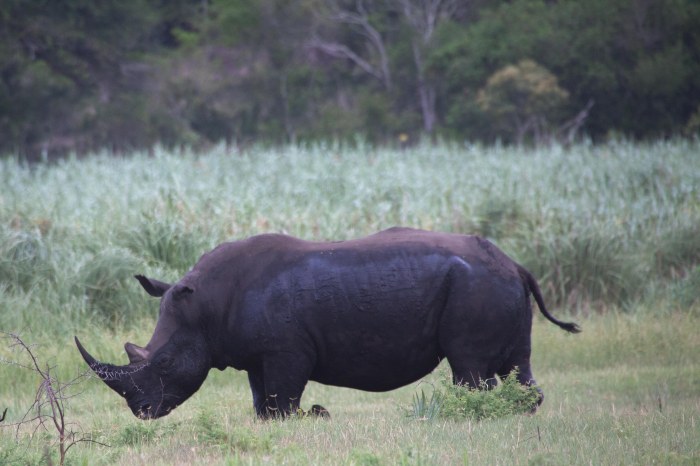 As with many illicit substances, the end-users of rhino horn are distant and disconnected, over 6,000 miles away. Vietnam has emerged as the new primary market for rhino horn, fueling this deadly trade. In modern Vietnam, the market for luxury products is booming alongside rising wealth. Rhinoceros horn has become a party fixture for showing off new affluence, ground down into a powder for use as a party drug, or as a hangover cure for ‘detox’. At $65,000 per kilogram on the black market, it is worth more to traffickers than gold, diamonds or cocaine. And yet, it is nothing more than a keratin snake-oil, the same as chewing on your fingernails.

During my trip this winter break, I met the head of the anti-poaching unit for the first time. I asked him what he thinks it would take to stop the slaughter. His answer surprises me, coming from a man on the front-lines of a war, “Sanctions. International trade sanctions against Mozambique and Vietnam”.

His wife is in charge of rhino monitoring. She is often alone with her chihuahua in this remote outpost while her husband is ‘out bush’ for days on patrol. “They took out his left eye” she says, telling me about the one she found still alive, missing the middle of its face. “It’s superstition. They believe the eye stores the image of the poacher”. She described to me how the veterinary doctor at her side administered a painkiller for mercy, before euthanasia to end its struggle. Her eyes filled with tears at the thought of this redundant act of mercy, also by human hands. I held back my tears too, touched by both compassion and deep sadness. 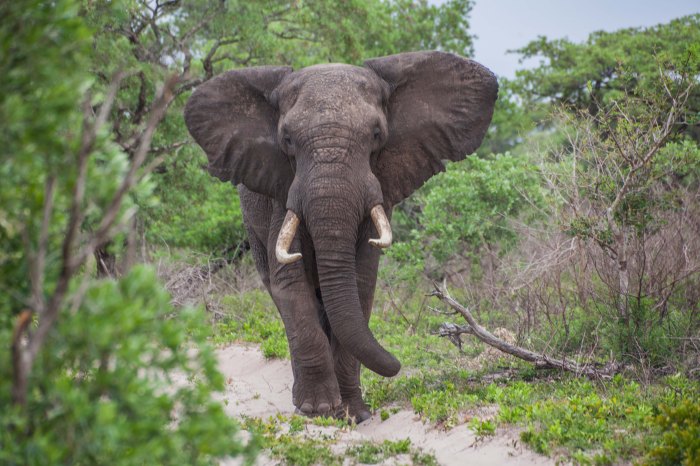 The previous evening, I met the young conservation manager of a neighboring wildlife reserve, while we all drank JFK duty-free whiskey together by the fire under a brilliant southern sky. He began his career in conservation, never expecting to carry a gun. He shrugs by way of explanation, “I have to help out”.  He re-enacted a recent scene where together with the anti-poaching team, he’d ambushed three poachers on a moonlit hunt for horn. One shot at him and he returned fire, killing a man for the first time. He didn’t voice his personal feelings, but instead spoke of his wife, “She didn’t think she’d married a man-killer…we’re going to counseling”.

It’s time to help the many victims of the illegal wildlife trade: not only animals, but also the people including the poachers, who too often come from impoverished communities. The illegal wildlife trade benefits by far the criminal syndicates operating the business, while stealing resources from the local community. Wildlife crime is stealing their future while destroying the planet’s biodiversity, something that affects us all. 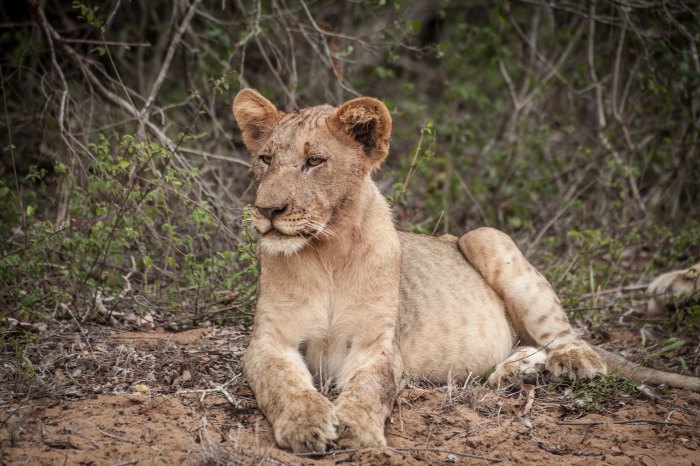 How can you personally help? You could save up and go to Africa on an eco-trip, take a photography safari and see incredible wildlife, while supporting the local community and economy. Or – much closer to home – you can help Wild Tomorrow Fund! We’re registered as a 501(c)3 charity right here in New York city. The mission of Wild Tomorrow Fund is to provide compassionate people around the world a way to fight back against those who are poaching defenseless species such as rhinos to the point of extinction. Help us by supplying the brave rangers, park managers and ecologists with the supplies and equipment they need to defend wildlife from poaching.  Here’s the list of supplies that they have requested and you can contribute to. We’re also holding a “Sip Beer, Save Elephants” fundraiser at the Brooklyn Brewery on Thursday 25th of February at 7:30pm. Join us, learn more about Wild Tomorrow Fund, and drink 3 hours of free-pour beer for a great cause!

*Trendster is a voluntary, crowd-sourced initiative facilitated by SUMA Net Impact. It does not represent the collective views of Columbia University, the Earth Institute or Net Impact

View all posts by sumanetimpact